How GIS Can Help with Emergency Management

In the wake of a disaster, data-driven maps that harness technology can be a true lifesaver. Using geographic information science (GIS) in emergency management can make an enormous impact in mitigating, responding to and recovering from a major event.

After Hurricane Maria hit Puerto Rico in 2017, darkness fell across the island. Residents were left without power for months on end, and food and water shortages were widespread. Many people didn’t know where to turn for aid until a small group of volunteers and developers created CrowdRescueHQ Puerto Rico Map. Using this tool, residents could quickly communicate what they needed and emergency responders and volunteers accessing the map could immediately gain new insights on where and how they could help. 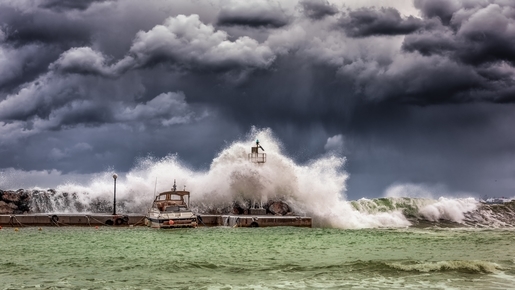 In the aftermath of Hurricane Harvey in Houston that same year, two developers from Crowdsource Rescue had the idea of geolocating calls for help gathered from social media and placing them on a map, so that those who were able to assist could rescue trapped or stranded individuals. To date, the public safety platform has helped more than 50,000 people, not just in Houston, but also in the Carolinas following Hurricane Florence and in Florida following Hurricane Michael.

These examples of using GIS in emergency management to help people after a disaster are reactionary, but GIS can also be used to help residents understand what is at risk before an emergency event takes place.

Take ReadySanDiego.org, for example. The site, which was designed by the San Diego County Office of Emergency Services in partnership with the Department of Homeland Security, alerts residents to hazards that might impact the area where they live. Users simply enter their address, and the site leverages spatial data from The California Department of Forestry and Fire Protection’s Fire and Resource Assessment Program to assess the likelihood of diasters like wildfire in their area. It then goes a step further, educating them on these hazards and sharing advice about how to be prepared in case of an emergency.

Like San Diego, other municipalities can benefit from using GIS in emergency response to prepare for hurricanes, earthquakes, forest fires and flooding. Using GIS in emergency management is a safe and secure way of predicting what populations will be impacted, determining how to most efficiently get resources where they’re most needed, tracking what progress has been made in recovery and more.

Leading global software company Esri refers GIS technology as “the intelligent nervous system.” As a kind of modern mapping approach that takes into account ever-changing inputs in a particular area, GIS technology can be used to respond to emergencies by compiling area-specific and population-derived data. Examples of using GIS in emergency management and response include the following:

How Can Spatial Analysis Be Used in Emergency Management?

Could a Career That Combines GIS with Emergency Management Be Right for You?

Those with a passion for geography, data, analysis, problem-solving and helping people are well-suited for a fulfilling career that pairs GIS and emergency management tactics. Understanding both GIS technology and spatial analysis methodologies allows experts to identify, map and analyze vulnerabilities before they happen, respond to them faster when they occur and aid in recovery.

GIS skills are also widely applicable to a number of other disciplines that may intersect with emergency management, including but not limited to environmental sciences and security, homeland security, forestry management, medicine and health, government, transportation, social services, water resources and more. Frequently, candidates for these types of positions excel in dynamic roles where chaos may be a part of jobs that revolve around risk mitigation, threat response and disaster planning.

Other key skills for people interested in pursuing an education and career in GIS include analytical and critical thinking, project management, expertise in spatial modeling, data processing programming, communication and leadership.

What Careers Are Available for GIS Professionals in Emergency Management and Disaster Response?

GIS professionals can bring invaluable emergency management skills to any number of organizations including federal agencies such as Federal Emergency Management Agency (FEMA) and the U.S. Army Corps of Engineers. In addition, a number of non-profit and private organizations work in the area of emergency relief and the community and social services industries. Here’s a sampling of some of the professions—and earnings— that could benefit from a GIS degree or certificate.

*Average salary reported instead of median

Are you enrolling from outside the U.S.? Click Here.
How GIS Helps to Overcome Urban Food Deserts → ← The Search for Malaysia Airlines Flight MH370
Request Brochure Apply Now