Geographic Information Science (GIS) offers powerful tools for performing detailed analysis of spatial information and solving complex problems. Traditional GIS data is based on mapping in two dimensions, an x and y-value, which can be limiting in some applications. Utilizing 3D GIS software lets users engage with data from a whole new perspective that results in more nuanced insights and detailed visualizations.

3D GIS brings enhanced depth into data collection and analysis by incorporating a z-value into mapping. Most commonly, that means including elevation data, but users have many options for adding layers of information. 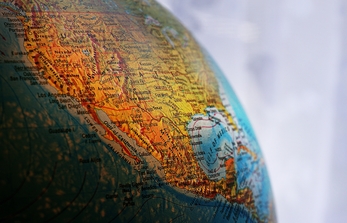 For instance, a map might include a dimension based on the concentrations of certain chemicals and minerals or which parcels of land are best suited for development. Working with three dimensions, GIS professionals can often apply their findings to address real-world issues with greater accuracy.

While 3D models are more difficult to create and maintain than 2D ones, there are myriad 3D GIS applications where this technology is greatly beneficial. These four examples demonstrate how an investment in 3D GIS modeling can generate added value:

Cities have a way of growing to encompass previously under- or undeveloped areas in a process often called urbanization or urban sprawl. There are many reasons behind urban sprawl, including a desire to build improved infrastructure, affordable land or tax rates, or overcrowding inside the city. Urban sprawl can have a major impact on people who decide to leave the city as well as those who remain. For example, as residents move farther away from the city center, infrastructure such as roads or public transportation systems must accommodate their commutes, and traffic can lead to higher rates of air pollution.

To minimize the negative impacts of urban sprawl and increased development, it is important for city planners to carefully determine the best way to grow urban areas. Urban development needs to take into consideration today’s requirements, potential changes in demand and the long-term effects of building upward and outward.

3D GIS software can help city planners visualize what their proposed changes will look like and predict the outcomes for current residents and future generations. One example was the 2012 revitalization of the Mülheim Süd district in Cologne, Germany, located on the Rhine River. The project set out to make the district, which included a mix of residential, commercial and industrial buildings, more environmentally friendly over the course of two decades.

Building information modeling (BIM) is a technology that generates digital representations of facilities and relevant processes. BIM has given facilities managers the ability to closely review structures, beginning with the construction planning phase.

Used in conjunction with 3D GIS data, BIM can help create robust building management plans and allow for more detailed analysis. For example, before breaking ground on a construction project, stakeholders can review findings from GIS and BIM to draw conclusions about environmental impact, sustainability, disaster readiness and how to optimize the use of assets and space.

BIM and 3D GIS can also come together to support the preservation and restoration of historical buildings. An effort to digitally record cultural heritage sites in Dublin, Ireland, drew on Historic Building Information Modeling (HBIM) and 3D GIS to document and analyze selected locations.

One project focused on restoring buildings along Henrietta Street, which dates its earliest construction to 1730. By the 21st century, the street was lined with buildings in serious need of care. HBIM technology made it possible to map the extent of the damage and visualize what the area looked like when new. Researchers employed GIS tools to note attributes of individual buildings like the years of construction and address information. In the process, they developed a store of information that could be used to generate in-depth visualizations or guide tourists.

A nation’s coastline is a crucial gateway for imports and exports, and about 40 percent of the world’s population lives within 60 miles of a coast. But these areas also pose numerous challenges for development.

Its critical for planners to understand the factors that affect construction and maintenance for shipping ports, fisheries, mineral mining operations and wilderness preservation areas. Responsible coastal development must be informed by underwater topography, local vegetation and predictions for the long-term environmental impact.

Resource planning systems that draw on GIS can provide insights into the economic, environmental and cultural results of activities along the coast. The right data makes all the difference in sustainably performing operations like construction or excavation. When preparing for the extraction of resources on the coastline, organizations benefit from synthesizing information like:

Planning a wind farm requires a detailed analysis of an environment and the potential effects of the structures. By using 3D GIS modeling, planners and other stakeholders can get a better idea of the impact from wind farm development on wildlife and people.

For example, when assessing possible wind farm locations in two dimensions, a bird’s migratory path might make a location seem inaccessible. However, reviewing that same space using 3D GIS data, may reveal that the elevation of birds’ flight paths and the height of the wind farm are compatible.

In Switzerland, developers wanted to find a way to accurately determine the noise that would be generated from the installation of a new wind farm. A team developing a visual-acoustic simulation tool decided to study Mont Crosin in the Canton of Bern, Switzerland, which is home to 16 wind turbines. The researchers analyzed recordings taken on days with varying wind and weather conditions and wind speed measurements taken with a 3D ultrasonic anemometer. They generated 3D models representing vegetation, infrastructure and the wind turbines themselves. The data allowed planners to predict the noise and environmental impact that would be produced by the proposed wind farm.

Are you enrolling from outside the U.S.? Click Here.
3 Big Opportunities for Growth in GIS → ← Q&A with USC M.S. in Human Security and Geospatial Intelligence Student Elin Henningsson
Request Brochure Apply Now